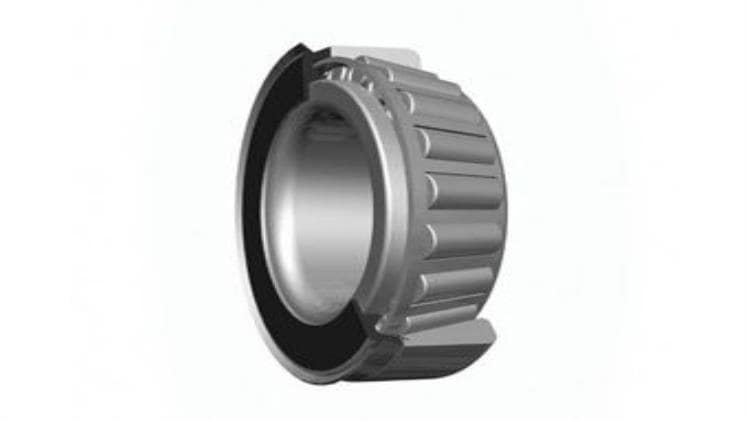 It is more convenient to use the semi-Sommerfeld boundary condition to solve the bearing lubrication analysis. The calculated bearing pressure distribution is close to the actual situation and is relatively safe, and can generally be used in the calculation of bearing lubrication performance in engineering. The problems of the semi-Sommerfeld boundary condition are: (1) The influence of the unsteady whirl velocity on the boundary position of the oil film is ignored, which is only approximately true when the journal is purely rotating, and is generally not applicable to bearings with squeezing effects; (2) In fact, there is still pressure in the oil film after the minimum value of the oil film thickness, so the boundary conditions do not meet the continuous conditions of pressure and flow, and the analysis is not accurate enough.

The double Reynolds boundary conditions are set to satisfy both the pressure and the derivative of zero at the starting and ending positions of the oil film pressure.

The Floberg boundary condition is not suitable for the actual working conditions of high-speed and large-disturbance bearings, and it is only suitable for the calculation of bearing lubrication performance with low-speed, small disturbance and low Reynolds number oil film.

The numerical realization of the mass conservation boundary condition is relatively difficult, and many researchers have discussed its numerical processing. (1) Literature [9] proposes an algorithm, and literature [10-12] improves it. By introducing a new variable θ and switching function g, the original equations describing the complete oil film region and the cavity region respectively are unified into a general equation, and the dynamic boundary is automatically determined in the numerical calculation.

2) Literature [13-15] proposed a finite element cavitation algorithm based on the mass conservation boundary condition, which considered lubricating oil to be incompressible. The cavity zone is a two-phase mixture of oil and air/steam, and the viscosity and density of the mixture vary.

But the oil density change rate has changed from zero to less than zero. (3) Reference [16] proposes a combination of variational and finite element

(4) Literature [7, 17] found that the pressure of the oil film of the sliding bearing usually cannot reach the critical pressure value to compress the lubricating oil, and the assumption of the incompressibility of the lubricating oil in the lubrication analysis of the sliding bearing is generally in line with the actual situation. Based on this, the literature [10] is improved, and the unified expression of the lubrication equations in the complete oil film region and the cavity region is deduced, so that the mass conservation boundary condition can be more easily and accurately applied to the bearing lubrication analysis. This method is called incompressible fluid. Hole algorithm.

It is generally determined based on experimental calculations, and how to determine it through theoretical analysis and calculation methods remains to be resolved.

Offer me the following please ASAP.

What would be the price and shipping cost to Poland for

We have requirement of 200 no’s of above captioned bearing please send your with delivery period. Regards

Hi, Do you have or Can you arrange a slewing bearing not made in chine, with excellent built quality for tadano tg500e 1997. Best regards

Hello i need an offer for 1 piece. Thank you

Hi, would you please send me a price for this bearing? Best regards

9 Things You Should Look For In A Driving Teacher