Top 10 World’s Most Expensive Currencies in 2023 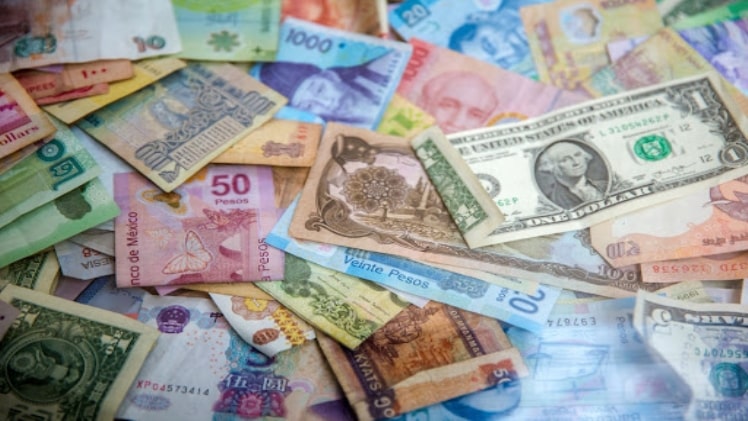 So, which country has the highest value currency – check site

The most expensive currency in the world is the Kuwaiti Dinar (relative to the dollar).

Why the Kuwaiti dinar is so expensive

Kuwait is a small country with great wealth. The high value of its currency is due to its significant exports of oil products to the world market.

Thanks to its stable economy, highly developed oil production and export industry, Kuwait is considered one of the richest countries in the world.

More than 80% of the income of the country comes precisely from the oil industry, as the extraction of black gold is the easiest and, accordingly, the cheapest in comparison with other countries.

Until 2003 the Kuwaiti dinar was pegged to dollars but in 2007 the government decided to peg it to a multi-currency basket.

In addition to a very stable economy, Kuwait is a country with almost no taxes and a very low unemployment rate.

The Bahraini dinar is the second most valuable currency in the world.

Bahrain is an island country in the Persian Gulf with slightly more than 1 million inhabitants. As in the first case, the country’s main source of income is the export of black gold.

It is interesting that the Bahraini dinar is tied to the dollar, and for 14 years, its value against the dollar has not changed.

Oman is a country on the Arabian Peninsula. Due to its strategic location, it has a developed economy and a high standard of living.

The Omani rial, like the Bahraini dinar, is pegged to the dollar.

Interestingly, the purchasing power of this currency is so high that the government has to issue paper bills in 1/2 and 1/4 rial denominations.

The currency code is JOD.

It is difficult to explain the high value of the Jordanian dinar, as the country is not particularly economically developed and lacks important resources such as oil. Nevertheless, the Jordanian dinar is worth approximately $1.41, making it one of the 10 most expensive currencies in the world.

The Cayman Islands is one of the world’s top tax havens. These islands have given power to hundreds of banks, hedge funds and insurance companies.

Specifically, because of its leadership among tax havens, the Cayman Islands dollar is worth about $1.22.

Everyone considers the British pound the most expensive currency in the world, but as it turns out – it is only on the 5th place.

By the way, the British Colonies issue their own banknotes, which are visually different from those issued by the Bank of England, but quoted 1 to 1.

So, there are also: Scottish, Northern Irish, Maine, Jersey, Guernsey, Gibraltar pound, as well as the pound of St. Helena and the pound of the Falkland Islands.

Funny, but native Britons do not always want to accept “other” pounds as payment.

The currency code is CHF.

Switzerland is not only one of the richest countries in the world, but also one of the most stable ones. Its banking system is known for its unshakable “Banking Secrecy”.

In addition, their high-tech goods are valued all over the world.

The currency code is EUR.

Even though the Euro has lost about 20% of its value over the last year, it is still one of the strongest currencies in the world.

Part of its strength is due to the fact that it is the official currency in 17 European countries, among them several economic “heavyweights”.

In addition, the euro is the world’s second strongest reserve currency, covering 22.2 percent of the world’s savings (the dollar has 62.3 percent).

The currency code is USD.

Due to America leading the world, its currency has become the “world’s reserve currency”. In other words, you can pay with dollars anywhere in the world.

The Canadian dollar is the world’s fifth-largest reserve currency. It is often called the “Loonie” after the bird depicted on the $1 coin. Text by a money expert Yurovsky.